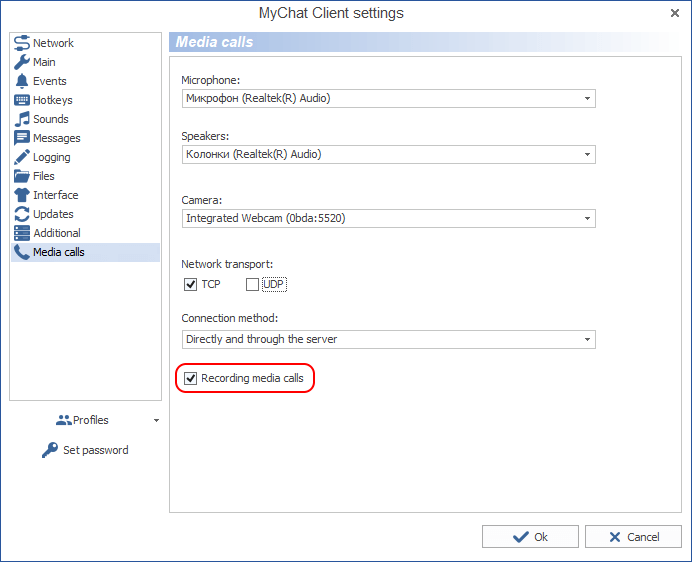 If the rule "Rights Control", "Permission groups", "Privates", "Allow recording calls" is enabled on the server, then voice and video calls can be saved on the local disk to the folder "C:\Users\%USERNAME%\AppData\Local\MyChat Client\logs\records\" in WebM format.

Open and read them quickly by using the console command profile.

TurboSMS is a service for sending SMS or Viber messages in Ukraine, Russia, and Belarus. Unfortunately, its interface is not translated to еру English language, but there is still еру ability to send messages worldwide. In version 8.8 you can send SMS and messages to Viber via this service from MyChat Server scripts:

For example, the notifications about offline messages or other important things. The Help page contains examples for sending SMS, messages in Viber, checking the balance.

In the new version, it is possible to "unite" several Asterisk servers together to make calls between people connected to different PBX in different offices: 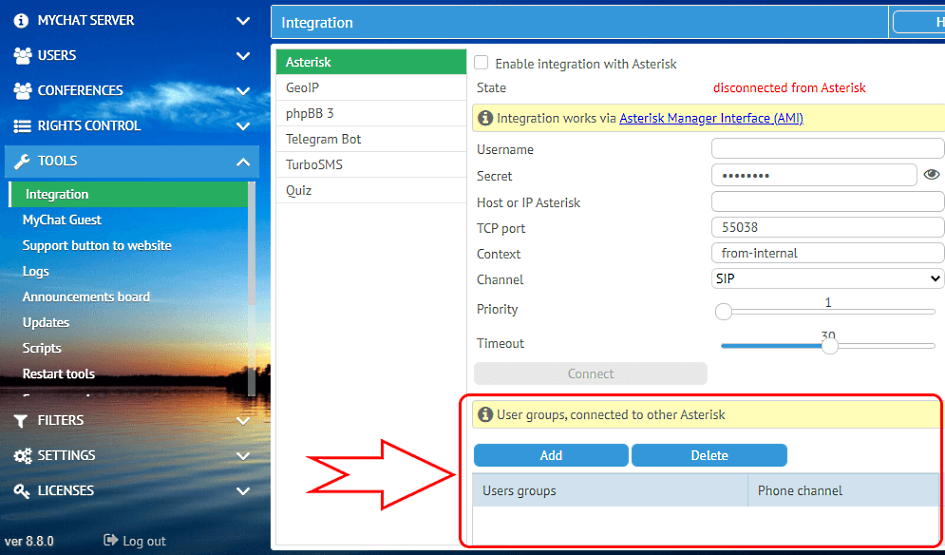 To do this, create groups and split users according to their offices.

Then, add the conference's prefixes to the routing list. The Asterisk server, to which MyChat Server connected via AMI interface, will know how to redirect a call performed not in the local АТС, but between external callers or internal or external callers.

It happens, when importing users from a domain or mass creating new accounts you need to set a rights group for all these people.

On the server, in the "User Control", if you select several accounts and press Enter or "Modify", it is possible to change a rights group for all selected users: 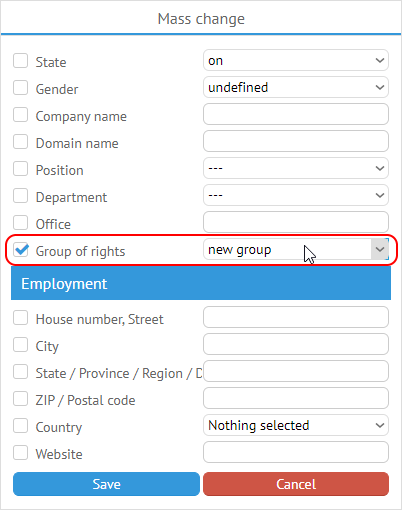 MSI package in the download section. The appearance and functionality are the same as in Linux/macOS/WEB application. We recommend using it if you like more the appearance of the application for these operating systems: 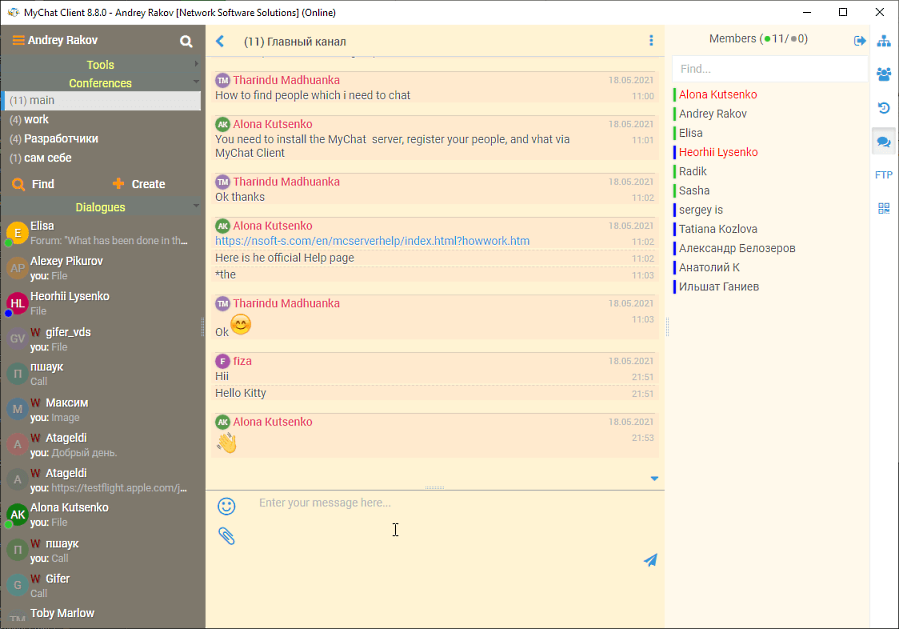 Please, write your comments and suggestions on the official support forum.

7. How to update to the latest version?